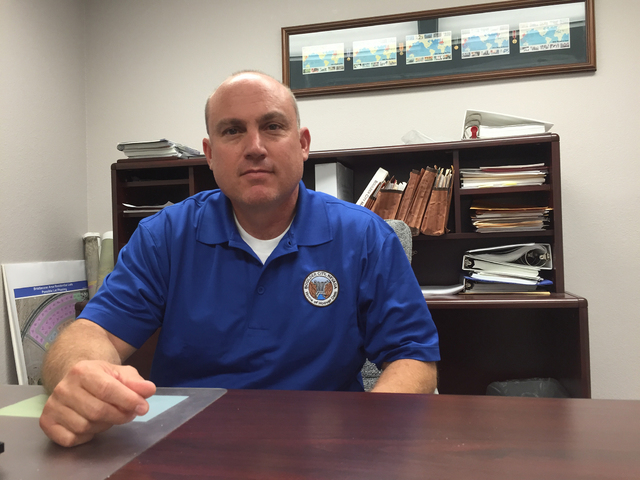 After 12 years on the City Council, including the past eight as mayor, Roger Tobler is nearing the end of his public service duties for Boulder City.

Tobler first joined the council as a in 2003 during a time when he said there was “animosity” among factions of the city.

He was mayor during one of the worst financial periods in the town’s history, but solar lease revenue gained under his watch helped pull the town out of the depths of the Great Recession.

Tobler also was at the helm while the city endured a nasty lawsuit about public participation with six of its residents, a chapter in Boulder City’s history that resulted in the city losing more than $800,000.

But through the ups and downs, Tobler remains humble about it all, touting his colleagues and crediting city staff for helping the town move in a positive direction.

Tobler sat down with the Boulder City Review to reflect on his 12 years in office before his final council meeting Tuesday.

What was the atmosphere like when you first came on to City Council in 2003 compared to what it is now?

Although I’m sure there are people who aren’t happy with everything we do now, I don’t see the same division that once existed.

What’s the biggest difference between being a council member and being mayor?

A lot more time is involved as mayor. People kind of look at that position differently. As far as your power and vote, it’s still the same. I think there’s a difference on how you’re perceived over the hill going from council to mayor. You’re expected to be at more regional things.

Boulder Creek Golf Club caused some serious division within the city. Why do you think that was?

I think it was for a number of reasons. The intentions, for the most part, weren’t to create a business disaster. One of the things that caused the division was the amount of money they spent.

Once again, times were different and it didn’t pan out like they (the council) had hoped. They did do some studies to see what the market could weather, and it showed that it was going to do well. But there were a lot of defects with construction, and there were already some bad feelings there.

It wasn’t just because of the golf course. There was also a real division in the direction of city government.

You’ve been mayor during some pretty hectic times, the strategic lawsuit against public participation in particular. How do you think the city handled those matters?

Certainly that didn’t end up where I wanted it to end up. We never wanted to go after residents, and I still don’t believe that in our heart that we did go after residents. We said all along, we just want to know if these questions were constitutional or not. We already adopted the ordinances, so we never stopped the petition process. That was a misconception.

I really believe (former Councilwoman) Linda (Strickland) and her group coordinated this for her campaign. That’s all she campaigned on. If you look at what we asked time and time again, we asked them, “Give us another way.” We didn’t want a big dispute down the road. I think they (Strickland and former Councilman Travis Chandler) did, and I think that’s the difference. I still believe they wanted that big dispute.

The SLAPP, I mean … I think it’s unfortunate. I think sometimes in politics things happen that way, and you can’t necessarily correct them or get a happy ending at the end of the day. There could have been compromise there, but I don’t think that was the intent on some of them. I think they wanted to push us in a corner. I don’t believe that with all of them, but I think that was the intent of many.

The city has benefited tremendously from the solar leases in Eldorado Valley under your watch. How did the city get to where it is now with solar leases?

In 2003 or 2004 when the first project came to us, it hit me that none of us had been down to see a site. There was a learning curve for the city when I first got on council. The next ones we kind of stumbled through a little bit, but I think we did a good job for the information we had.

Sempra fortunately came into play and was really part of the success we’ve had. I think the council should get credit for that, but I think a lot of that was (former City Manager) Vicki Mayes and staff as well. If you look at our contracts, and you compare them to the Bureau of Land Management contracts or anybody else, we got more money out of the projects.

We’re taking advantage of it.

We’re talking patches of dusty desert that had no value that are now bringing us close to $9 million a year. No other cities have been able to do that.

Larry Brown, chairman of the Regional Transportation Commission, has touted you as being at the forefront of the Interstate 11 project. What are your thoughts now that it’s finally happening?

There were years when we didn’t think it was going to happen. If you were around here on Memorial Day, you saw that we can’t continue how it is. We definitely need it. I can’t take the credit for all that either.

For years the talk was that the cost outweighed the benefit.

When the (O’Callaghan-Tillman Memorial Bridge) opened and they (Nevada Transportation Department officials) saw that what Boulder City was saying for 10 years was right, I think people started to pay attention. Before 2011 it was just the Boulder City bypass, but after that it became a regional project.

The big boost for us was when they designated it as part of I-11 federally. RTC really jumped on board and ran with it. It wasn’t just my effort, there was a lot of people behind it. I think we did our part; we’re getting the project now, and I think it’s the right thing.

There are some concerns, and I’m sure when we show the impact study, the analysis is that it certainly won’t kill our community. They think in the long term it will help, but not with us just sitting on our butts. We’re going to have to do something to really change the marketing and the dynamics of Boulder City.

You’ve voted on numerous actions as mayor. Is there one that stands out among the rest?

I think just approving the budget during the difficult years. You didn’t have a lot of fanfare or cheers, but we went through a lot of work. There were just about three or four years where we had to find over $1 million every year to cut.

And paying off the golf course debt was one of the more enjoyable votes.

Any future plans to run for higher office?

I have given it some thought. The timing would have to be right, and right now in the state it’s not right. One thing I enjoyed about being mayor was that it was a nonpartisan position. I can work with both sides for the most part.

But I’ve got to get back and rebuild my business. I’ve got three kids in college; it’s hardly retirement for me.