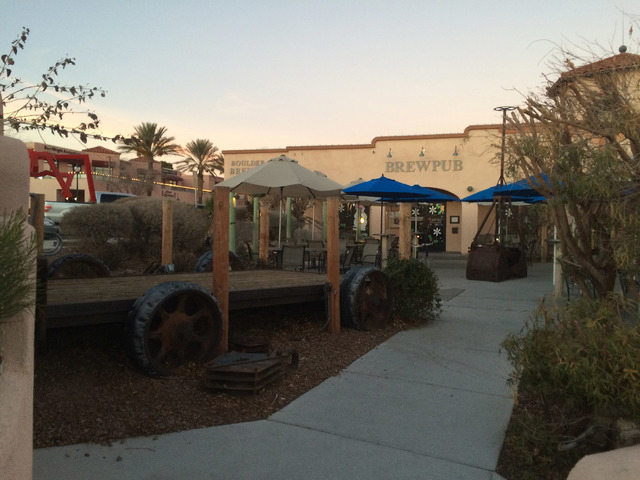 The noise ordinance being debated by the City Council could cause some serious damage to businesses in the downtown district, according to a few local business owners.

During a Dec. 9 meeting, the council reviewed a possible ordinance that would prohibit “unreasonable noise” around town from 7 p.m. to 7 a.m. Sunday through Thursday, with the start time pushed to 10 p.m. on Fridays and Saturdays.

The ordinance would also prohibit the use of any sound amplification device from a residential or public property that can be heard from at least 75 feet away during the same hours.

The council held off on voting until more details were ironed out, including penalties.

Todd Cook, owner of Boulder Dam Brewing Co., said he hasn’t read through the entire ordinance, but acknowledged that its proposed time limit would severely hurt his business.

Cook said he has live bands perform at his restaurant every Friday and Saturday night, and Thursday nights on occasion. From November through April, the bands play inside. He said they’re done by 11 p.m. at the latest.

Cook said whenever his business has gotten a complaint, he’s always cooperated with police and accommodated them. He’s yet to be contacted by city officials about the proposed ordinance, but plans on attending the council meeting when the issue appears on the agenda, he said.

Cook said he’s been in discussions with others about how the proposed ordinance would affect their businesses. Some of his customers also have expressed concern about the ordinance.

A major factor in updating the noise ordinance, which hadn’t been changed since 1960, was the growth of the downtown district in the past 10 years, city officials said. As businesses brought in music and other live entertainment, city officials said they’ve received numerous complaints about the noise.

“This has caused problems for some of the residents who live on the outskirts of the downtown area,” City Attorney Dave Olsen said. “The police department has spent a lot of time dealing with these noise complaints.”

Grant Turner, owner of the Dillinger Food and Drinkery and Forge Social House, said his businesses haven’t gotten many complaints. The city needs to decide what type of identity it wants to have once the Boulder City bypass is complete, he added.

“Do you want us to be a sleepy town where people aren’t going to go out of their way to visit for nightlife, or do you maybe want to compromise a little bit and be more of a destination for those cars that are no longer going to be passing by?” he said. “With the bypass coming through, it’s more important than ever that we get Boulder City as a destination.”

Turner recommended that the city extend its hours to 11 p.m. on Fridays and Saturdays. In his experience, he’s found that most of his business comes after his dinner rush ends at 9 p.m. when customers want to unwind after their meals.

“(The ordinance) would limit us to roughly 30 minutes to an hour of live entertainment,” he said. “It’s not enough. It’s just not enough.”

The Dillinger has live entertainment on Thursdays, Fridays and Saturdays. On Wednesdays, a piano player plays inside the building. Turner said a band recently played at The Dillinger until 11 p.m. and the crowd, which was mostly from Las Vegas, was huge.

“If at 10 p.m. we told them we were all done, they would have gone back to Vegas and all the energy would’ve been gone,” he said.

“Why would they want to drive all the way out here again? People don’t want to drive out from Las Vegas if we’re closing at 10 p.m. You’re not going to get people out here by limiting the amount of hours of entertainment for them.”

Like Cook, Turner said nobody from the city has contacted him about the noise ordinance, nor the effect it would have on his business.

He said the city has talked about becoming a more lively town with the hopes of attracting more people once the bypass is complete, but the proposed noise ordinance contradicts that message.

“They have to put their money where their mouth is,” he said.

Turner said he also plans to speak on the issue when the council discusses any further action.

According to Police Chief Bill Conger, who has been in talks with other city officials about the ordinance, the council will discuss further action on the matter during its second meeting in January or first meeting in February.

A local builder is accusing the city of defamation after the Redevelopment Agency denied his application for a historic preservation grant and one of the members said some of his costs were “exaggerated.”

City Council will interview the top five candidates for the city clerk position, possibly narrowing the field, during an upcoming special meeting.