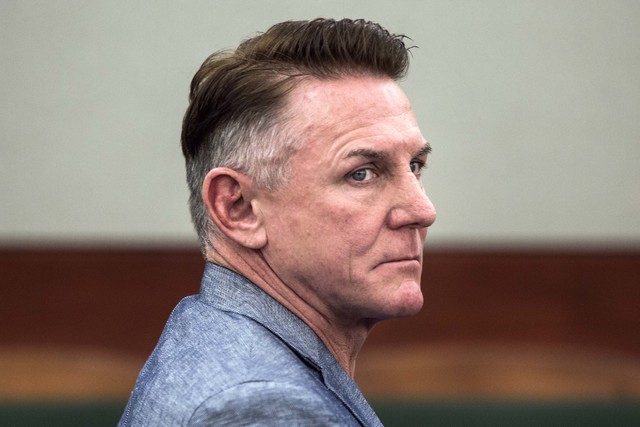 Jeff Scheid/Las Vegas Review-Journal Gregory "Brent" Dennis appears during a hearing at Regional Justice Center on Nov. 17 to halt civil litigation against him over the January 2015 death of his wife, attorney Susan Winters. 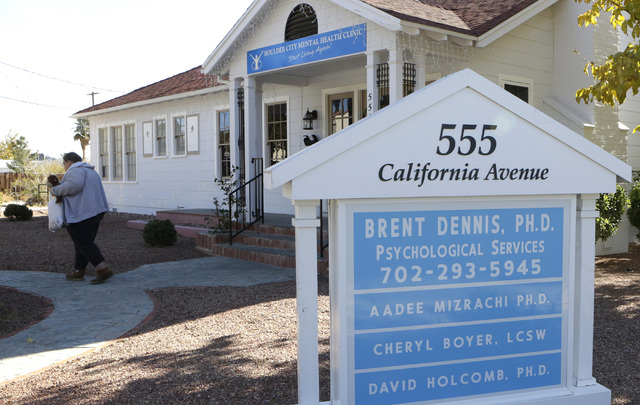 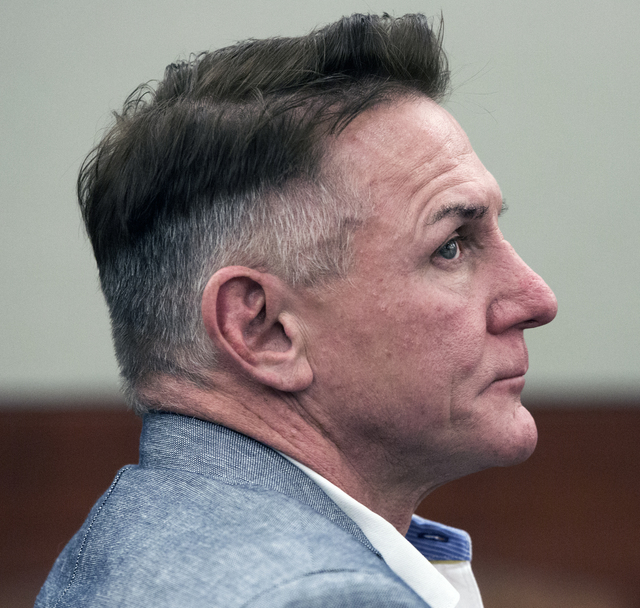 Henderson police conducted a raid Dec. 7 in the criminal investigation into the 2015 death of attorney Susan Winters.

They also served warrants seeking items belonging to Dennis from two law firms representing him in civil litigation stemming from his wife’s death, the sources said.

Homicide detectives were looking for computers and other electronic equipment, the sources said.

Dennis, who is a target of the investigation, appeared in court after the searches with his lawyer, Richard Schonfeld, for a 10 a.m. hearing in the civil case. Schonfeld’s law office was one of the firms served with a seizure warrant.

“Because it’s part of an ongoing investigation, I’m unable to share any details,” French said.

Las Vegas Attorney Anthony Sgro, who represents the Winters family, said at the hearing that he was informed warrants had been executed.

Afterward, with Dennis at his side, Schonfeld refused to talk about the raid. Both he and Dennis have maintained that the Boulder City psychologist did not kill his wife.

The Clark County coroner’s office concluded that Winters, 48, killed herself by consuming a lethal combination of prescription painkillers and antifreeze at the Henderson home she shared with her husband and their two daughters.

But a lawsuit filed by Winters’ family blames Dennis for her demise.

A Sept. 15 Las Vegas Review-Journal story raised questions about whether Winters killed herself. It disclosed that Dennis received a letter from the Clark County district attorney’s office indicating that he is a target of a grand jury investigation into his wife’s death.

The homicide investigation is the result of efforts by Avis and Danny Winters, who refused to believe that their daughter took her own life. The Oklahoma couple hired attorney Sgro and his law partner, former District Attorney David Roger, to delve into Dennis’ role in their daughter’s death.

At the Dec. 7 hearing, District Judge Linda Bell denied a request from the family to temporarily freeze $1 million in life insurance proceeds Dennis obtained before the lawsuit was filed.

She declined to hear a defense request to halt the case pending the outcome of the criminal investigation. Bell said she would address the matter at a Jan. 6 hearing.

The judge also said she was concerned about the “lack of civility” between the lawyers in the hotly contested case and “wanted it to stop.”

Bell instructed the lawyers to state their positions in writing on whether Roger has made himself a witness by putting together an investigative report on Winters’ death that became public.

Roger prepared the 49-page report, which outlines Dennis’ alleged motives to kill his wife, with the help of retired FBI agent James Perry.

The report, reviewed by the Review-Journal, was given to the district attorney’s office and the Henderson Police Department.

Roger states in the report that he uncovered evidence that shows Dennis — not his wife, as Dennis claimed — used the family computer before she died to do internet research about the effects of ingesting antifreeze.

Questions also have surfaced about how that computer’s hard drive stopped working before the lawyers for the Winters family could gain access to it.

Another issue likely to be discussed at the Jan. 6 hearing is whether the Review-Journal can intervene to raise questions about transparency in the case.

Bell briefly barred lawyers from publicly discussing the case last month after Schonfeld complained about what he called a media smear campaign against Dennis.

Schonfeld criticized lawyers for the Winters family for providing information to the Review-Journal that they believe implicates Dennis in his wife’s death.