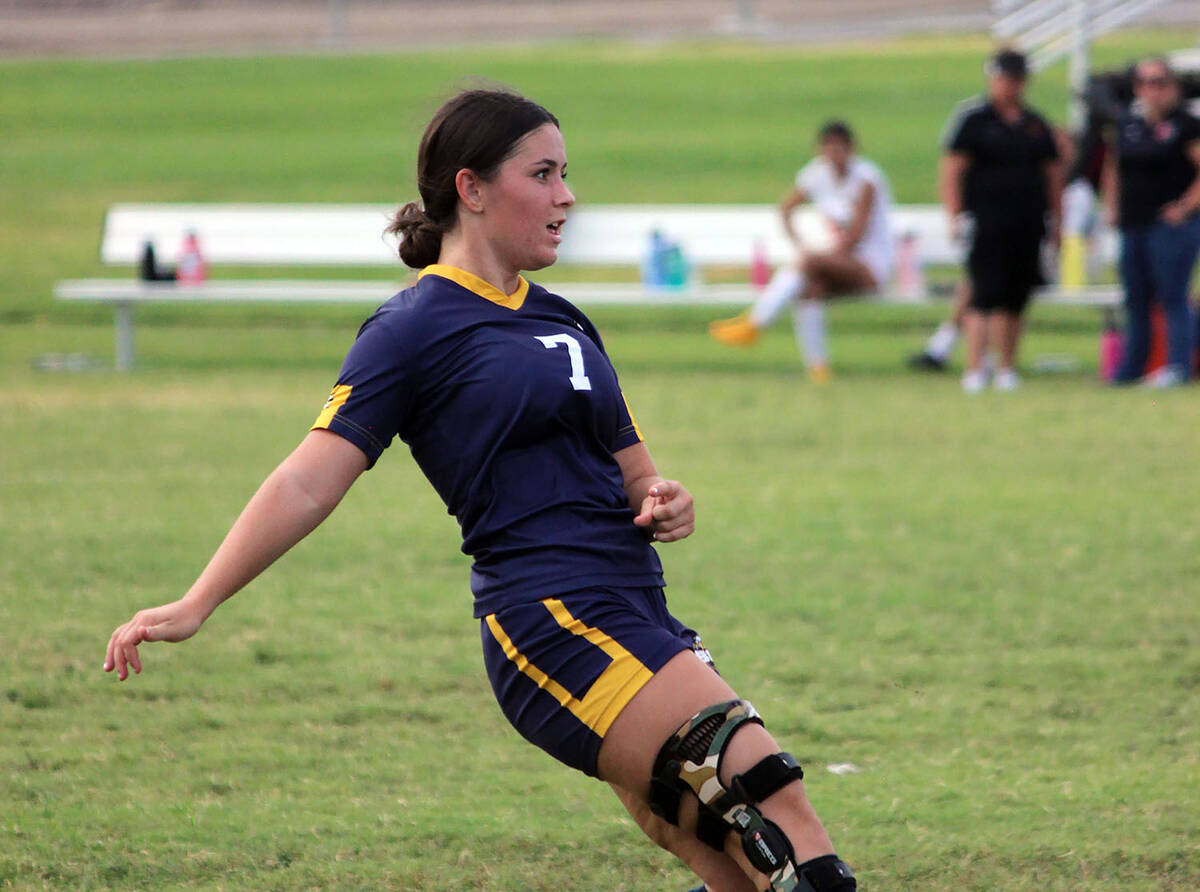 Natasha Oeland led all Southern Nevada players regardless of classification with 23 assists, while scoring 20 goals this season, as the Lady Eagles finished the Mountain League in fourth place with a 10-8-4 record. For her efforts, she was named an all-region and all-league selection.

Also earning all-region and all-league honors was senior Annalie Porter, who was a defensive standout with a team-high 63 steals and three assists. Senior Ava Payne was named all-league after tallying 60 steals on the season with four assists and two goals.

“Ava and Annalie were the strength of our defensive production,” Arnold Oeland said. “They deserve their recognition for truly reversing attacks against us into counterattacks and holding firm the model for what is a soccer defender.”

Earning praise for the boys soccer team during its postseason run were senior Dallin Hess, who was named goalkeeper of the year for the Mountain League, and senior Gavin Kessler, who was an all-league selection.

“Dallin was very deserving,” said boys head coach Omar Hernandez. “He began as a fullback early in the year and then stepped up to play keeper. He is a great athlete and filled that role with great passion to help the team. His positioning was great and his ability to focus and read the game was outstanding. He kept our team competitive.”

While Hess held things down in the net for the Eagles, which finished with a 10-11-1 record and in fifth place in the 3A Southern Region, Kessler did his best to put points on the board, scoring 15 goals with three assists this season.

“Gavin, I believe, is one of the best forwards in Las Vegas,” Hernandez said. “His presence, knowledge and contribution makes him competitive against the best teams and players in Las Vegas.”