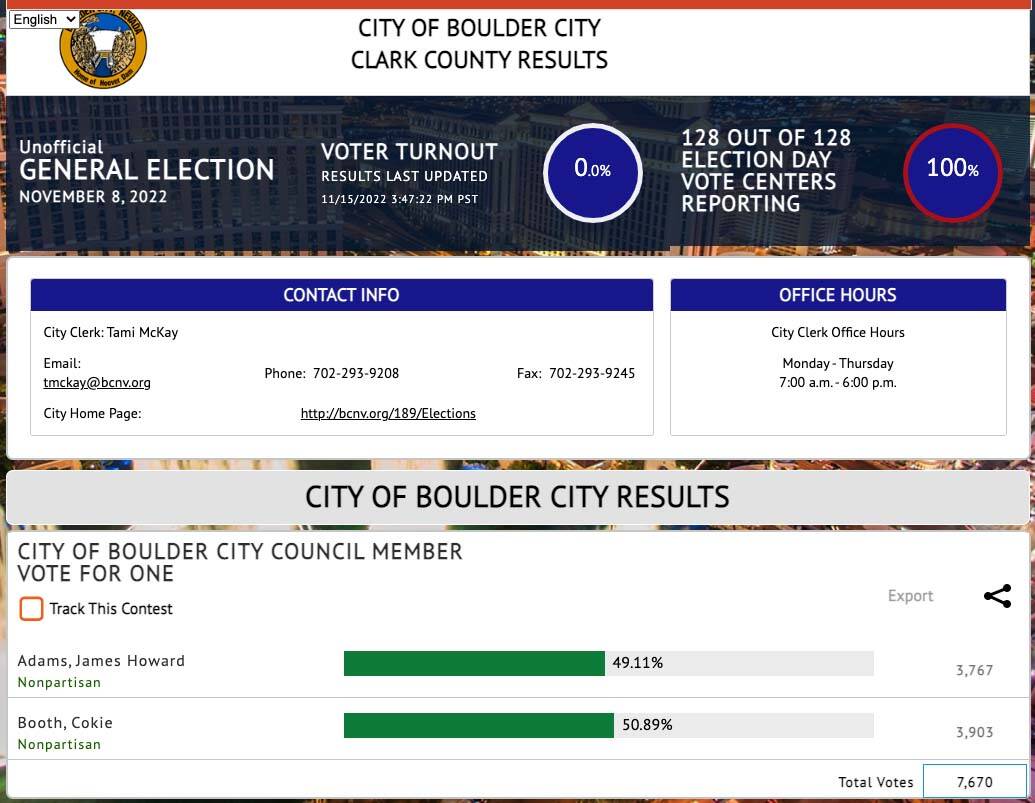 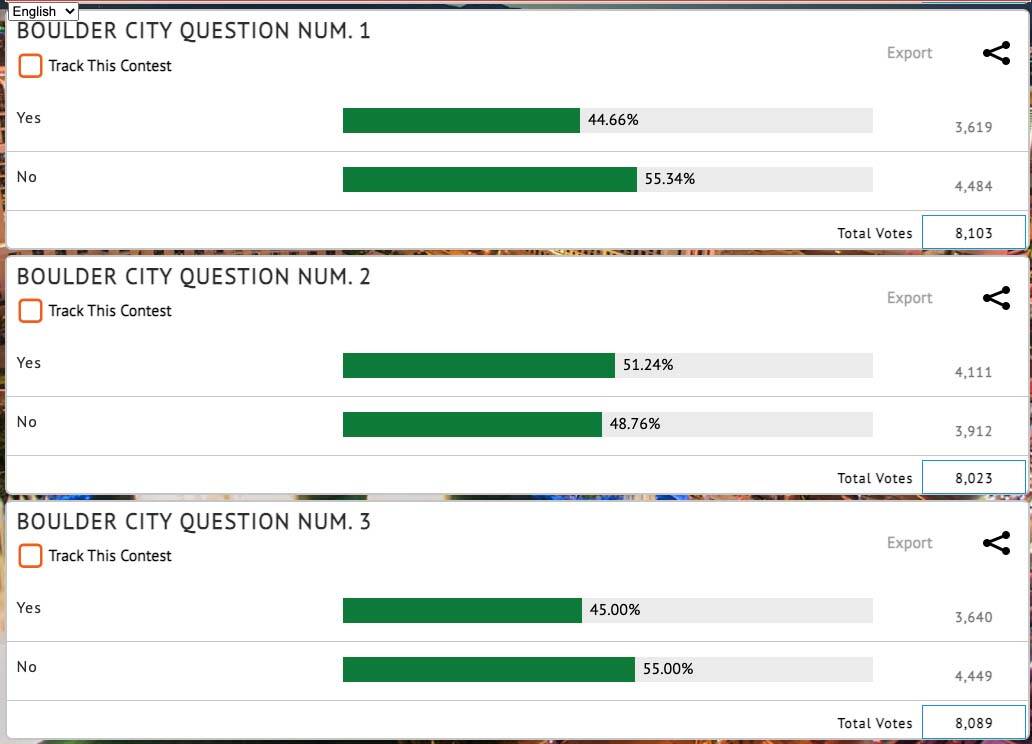 This includes ballots cast early, on Election Day and mailed in to the election department.

The results remain unofficial until City Council holds a special meeting at 9 a.m. Friday, Nov. 18, to canvass the votes.

Booth will be officially sworn into office during a special City Council meeting at 7 p.m. Nov. 29, along with new Mayor Joe Hardy and Councilman Steve Walton, who were elected during the June primary.

City Clerk Tami McKay said the special meeting allows for the state-statute-required three working days after an election has been canvassed to demand a recount.

Turnout at the polls was higher than it has been in the past. Overall, 67 percent of the city’s registered voters, or 7,670 people, cast their ballots. By comparison, the county reported a 51.6 percent turnout among registered voters.

The June primary saw 5,159 voters, or 45.7 percent of the city’s registered voters, at the polls,

The previous general election, held in June 2021, that also saw a run-off between two candidates for City Council, only garnered 4,079 votes, or 35.4 percent of the registered voters. Of those who cast their ballot, 94 didn’t vote for a City Council candidate.

In 2018, the city voted to change its election cycle to align with state and federal primary and general elections, in part to increase voter turnout.

For the municipal ballot questions, voters were in favor of allowing additional clean-air technologies in the Eldorado Valley, while they were opposed to selling land specifically for a grocery story or allocating funds for new public safety facility improvements.

Question 1, should the city sell 16.3 acres of city-owned land specifically for development of a grocery store and related retail uses, with proceeds being used for capital improvement fund needs, appears to have failed with 4,484 no votes, or 55.3 percent and 3,619 yes votes, or 44.6 percent.

Question 2, should the city allow clean-energy technologies within the Eldorado Valley, appears to have passed with 4,111 yes votes, or 51.2 percent, and 3,912 no votes, or 48.7 percent.

Question 3, should the city spend as much as $7 million for public safety facility improvements, including building a new police station and training area at the fire station, 4,449 no votes, or 55 percent, and 3,640 yes votes or 45 percent.

Three Boulder City residents were among the candidates for county and state offices.

Democrat Lynn Goya received 349,892 votes, or 53 percent, in her quest to retain the Clark County Clerk seat against Republican Bill Young, who received 309,677 votes, or 46.9 percent.

Democrat Brent Foutz and Libertarian Brandon Mills, who both sought the District 20 Senate seat, appear to have lost their bids with 25,563 votes, 35.5 percent, and 1,951 votes, or 2.7 percent, respectively. Republican Jeffrey Stone of Henderson was in the lead with 44,315 votes, or 61.74 percent.

Clark County will also canvass election results Friday, Nov. 18, with the state Supreme Court and governor to canvass them and make them official Tuesday, Nov. 22.