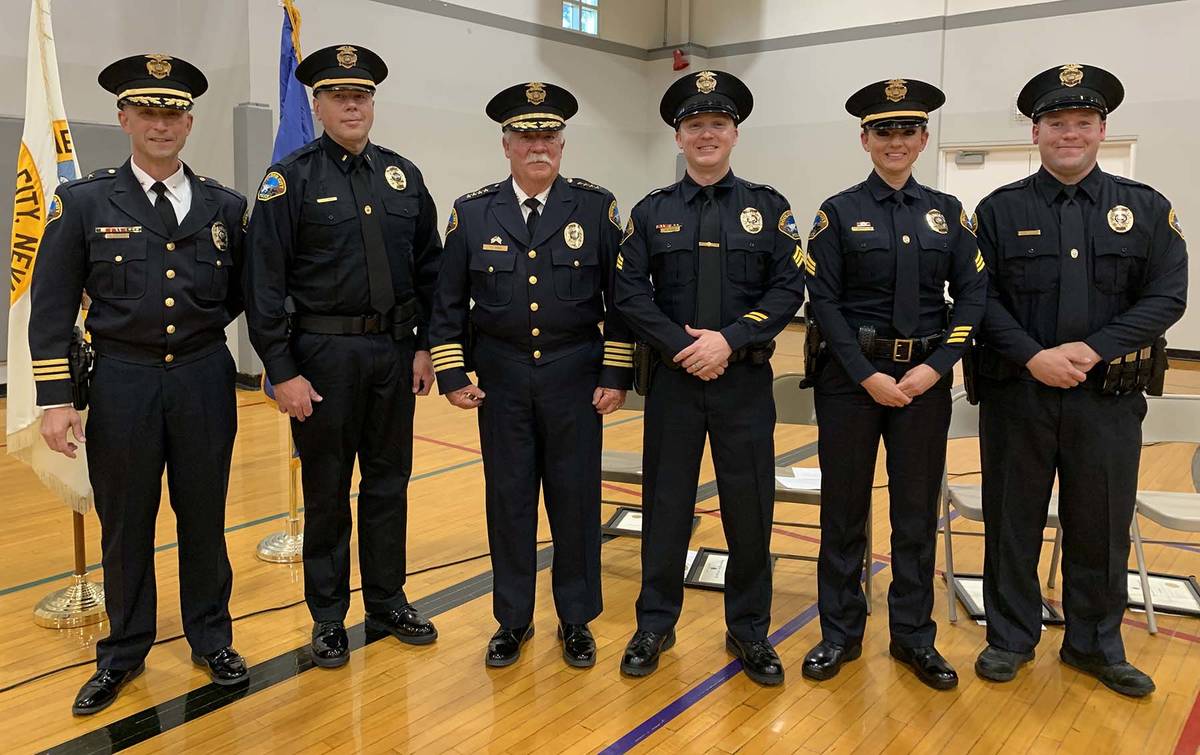 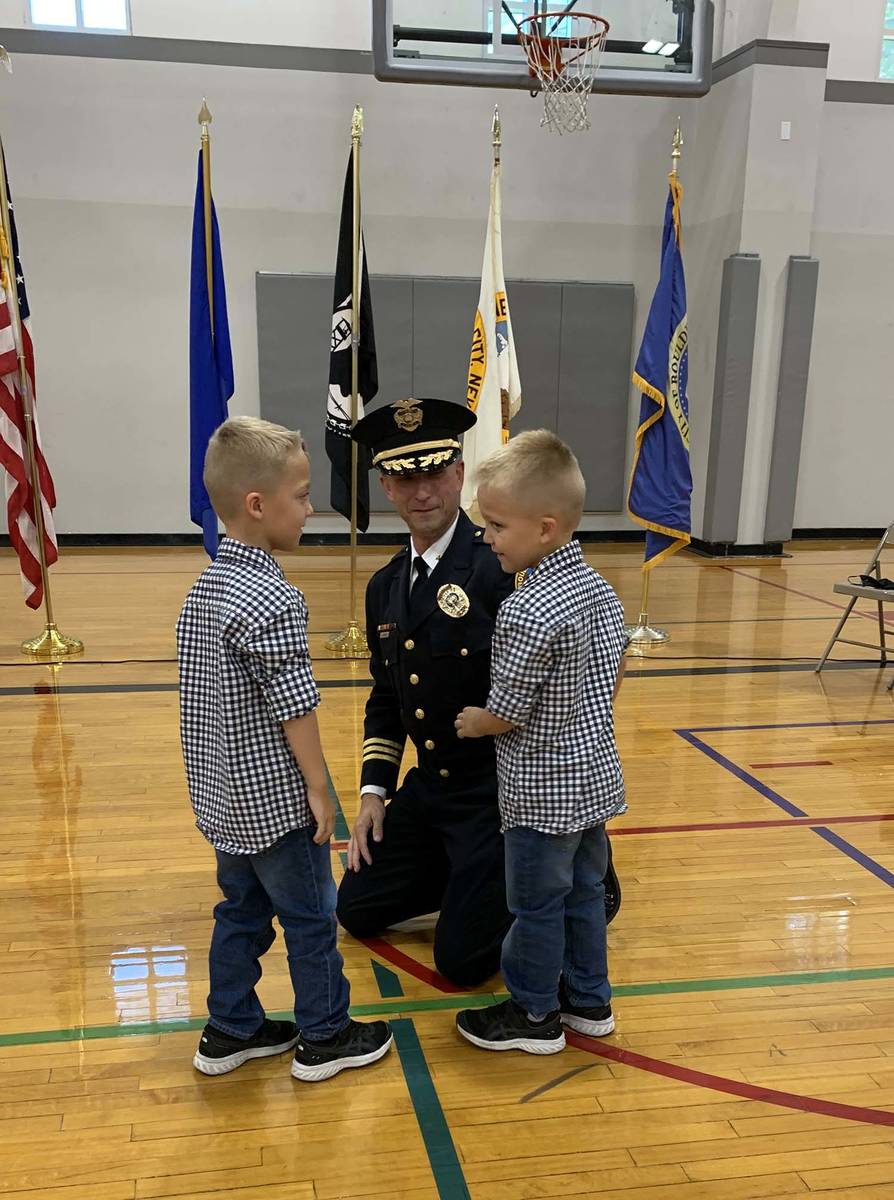 (Hali Bernstein Saylor/Boulder City Review) Boulder City Police officer Aaron Johnson has his new commander’s rank badge pinned on his uniform by his 6-year-old twin sons Avner, left, and Ayden during a promotion and oath of office ceremony Thursday, May 6, at the Boulder City Recreation Center.

Lt. Aaron Johnson was promoted to commander, Sgt. Vincent Albowicz was promoted to lieutenant, officers Chris Slack and Jeannette Woolsey were promoted to sergeant, and Parker Steele was sworn in as a member of the department during the ceremony held at the city’s recreation center.

Albowicz has been with the department since April 1998 and was promoted to sergeant in August 2005. In addition to helping lead patrol officers, detectives and administration positions, he manages all of the department’s radio and communications systems in the new electronic security operations. He attended the FBI’s National Academy.

Slack was a deputy sheriff for several years with the Nye County Sheriff’s Office before joining the department in May 2014. He has held a number of assignments as a patrol officer and detective, including time as a special victims investigator. He was assigned to Metropolitan Police Department’s Counter Terrorism Unit.

Woolsey joined the department as a dispatcher in 1999 and was promoted to lead dispatcher before becoming an officer in August 2006. Among her assignments have been a field training officer, acting sergeant and as part of the Las Vegas High Intensity Drug Trafficking Area Task Force. She received a meritorious service award in 2019.

A native of Las Vegas, Steele is a 2013 graduate of Foothill High School and has been a resident of Boulder City since then. He came to the department from the Metropolitan Police Department, where he was a patrol officer.

Before promoting and swearing in the officers, Chief Tim Shea called the oath of office a promise to themselves, the department and their families to do the job. He said Boulder City’s officers live up to that promise “each and every day.”

Johnson also noted that the badges being pinned on the officers were “recycled,” calling them a symbol of the traditions they are upholding.

“They may be dented or chipped, but they are worn with pride, honor and dignity,” he said.

At that time, the department’s highest ranking officers, other than the chief, were sergeants.

Johnson and Tom Healing were promoted to lieutenant in April; with Johnson’s promotion, Albowicz fills the vacated lieutenant position.

Both lieutenants report to the commander, according to Shea.

In addition to recognizing the officers, Shea presented a retirement badge to Tina Ransom, who served as a dispatcher for 19 years, calling her one of the department’s “unsung heroes who frequently get taken for granted.”

In addition to working all shifts as a dispatcher, she was an instrumental part of the department’s Citizen Academy and wrote a weekly column for the Boulder City Review.