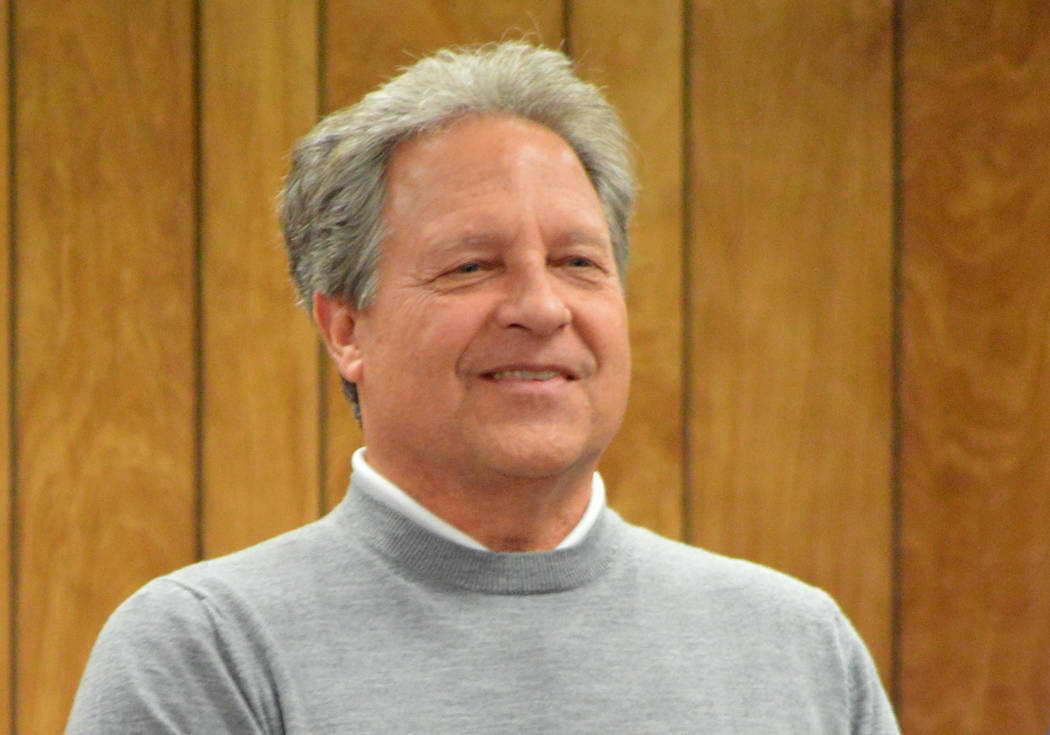 Boulder City residents filled City Hall on Tuesday evening to protest revisions to council procedure that would have changed their ability to comment and the requirements putting items on the agenda.

Despite the item being removed from the evening’s agenda, several people spoke about the resolution.

The proposed amendment would have required the chairmen of volunteer committees and commissions to submit a request through the city manager’s office and have it approved before an item could be put on the agenda. Additionally, it would have allowed department heads to add items to the agenda, but all would require the consensus of two council members as well as communicating that agreement to the city manager, city attorney or city clerk.

Currently, council members and their appointed officers are the only ones who can add an item to the agenda.

Resident Judy Hoskins expressed concern that the requirement could break Nevada’s Open Meeting Law. She said with two members having to give their approval there could be a quorum if the first council member asked did not approve it. Another one would have to be asked, which means three of them would know about it.

“Each member has one vote,” she said. “Therefore, they … should be able to put whatever they want on the agenda.”

Glenn Feyen said he was concerned about one council member having an idea and it being vetoed before all the members could hear about it.

“I think all the council member should hear about it,” he said.

James Adams was also concerned with the two-council-member requirement as it would limit their ability to communicate residents’ opinions and requests.

“Having them be able to put an item on the agenda is a right of ours,” he said.

Another proposed change was a new section allowing council members to be censured if they violate law or city policy if it is “considered to be a serious offense.”

Hoskins said that section was unprofessional and could lead to bullying.

The proposed revisions also included a clause allowing the meeting chairman to request that only one person from a group be allowed to speak in order to expedite matters and avoid repetitive presentations.

“I think that we shouldn’t include language that might stifle people from speaking,” Adams said.

One question would be to allow council to refinance its debt in order to save money on interest charges.

This question was on the 2018 general election ballot and failed with 39.53 percent voting yes and 60.47 percent voting no. Staff requested council consider putting it on the ballot again.

“We … need to get out and educate the public about what it really means,” said Councilwoman Peggy Leavitt.

Mayor Rod Woodbury said the question should be simpler this time; City Attorney Steve Morris said he would work with bond counsel to do so.

Councilman Kiernan McManus said he heard from people that they thought the council was trying to do something other than save money with question.

“Sometimes I think you need to put another sentence on there that says, ‘This will save you money,’” he said.

Currently, the city’s only debt is for the raw water line. According to city documents, it missed out on saving millions of dollars by not refinancing it.

Additionally, council approved having Morris draft language for an advisory question about off-highway vehicle use on city streets as well as questions about enterprise fund restrictions and a charter amendment to clarify language for land parcels larger than one acre that are not zoned for energy.

The charter amendment item was approved by a vote of 3-2 with Councilman Rich Shuman and Woodbury voting against it.

■ Adopted the strategic plan for the city.

■ Approved an ordinance that defined what fireworks are illegal in the city and set citation fees associated with them.

■ Appointed Steve Rudd to take over Jim Giannosa’s seat on the Planning Commission and reappointed Nate Lasoff to his seat as the term for that spot had expired.

■ Reappointed Carla Morgan and appointed Mike Pontius to the Parks and Recreation Commission. Pontius was appointed with a 4-1 vote; Councilman Warren Harhay voted for Joshua Fisher.