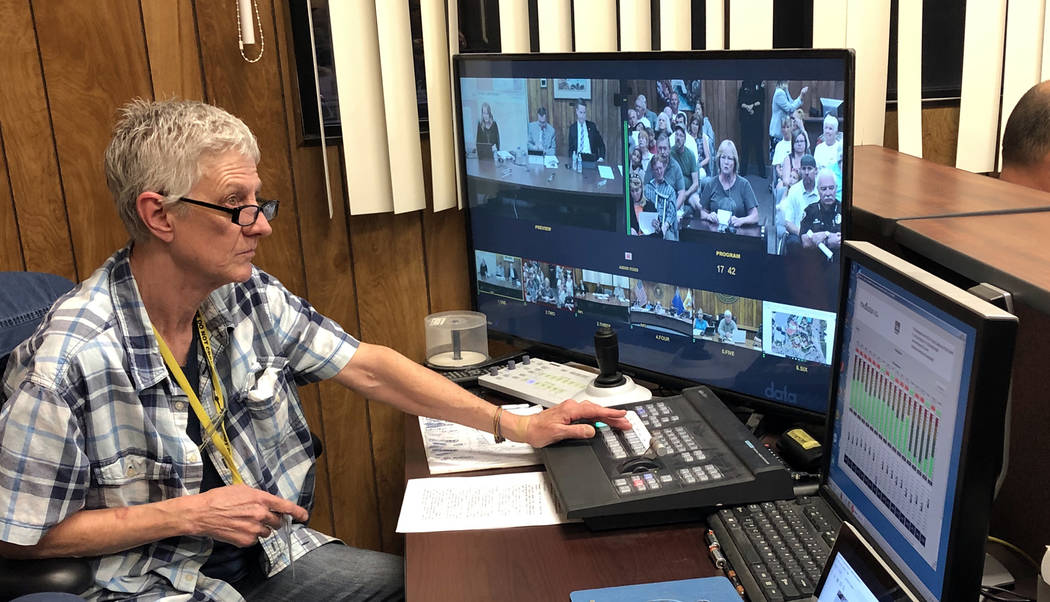 (Boulder City) Boulder City TV technician Holly Webb runs the cameras and sound system at Tuesday's, Aug. 27, City Council meeting. Council approved making her position full-time and changing her title to digital technician in order to allow for all city's commission and committee meetings to be recorded and available for viewing online. 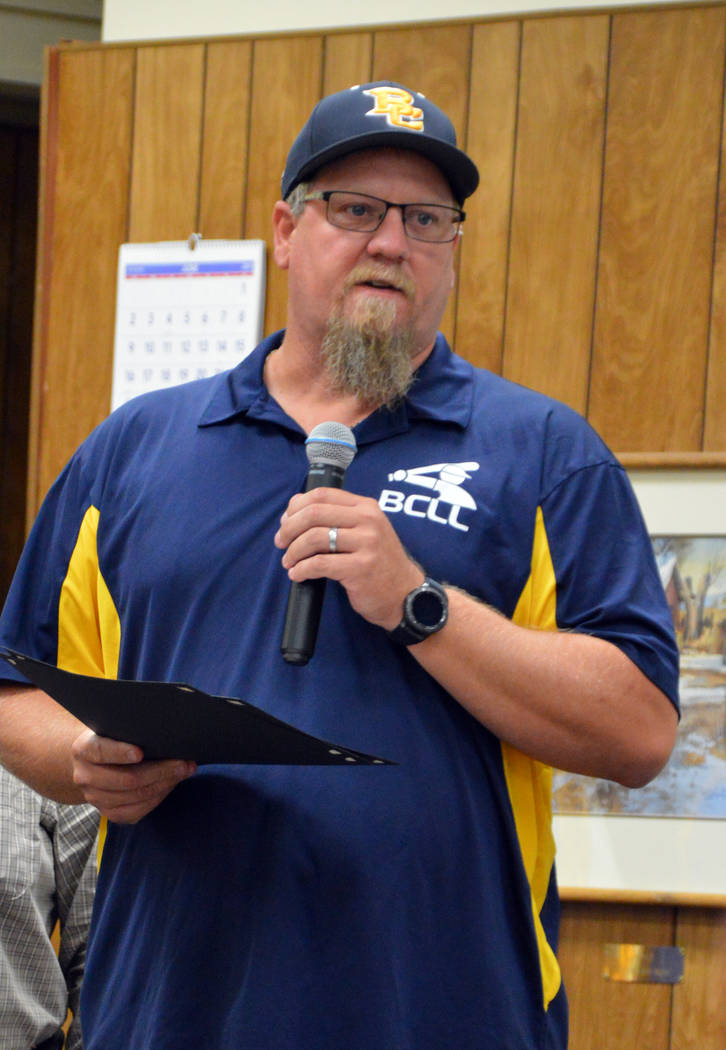 Boulder City residents will soon be able to view more city meetings online as City Council approved creating a new staff position to ensure that all the meetings are recorded.

At its meeting Tuesday, council approved changing the part-time Boulder City TV technician position to a full-time digital technician position to allow for all committee and commission meetings to be video recorded and posted to BCTV, the city’s website and the city’s YouTube account. By being on YouTube, the recordings will be closed captioned for those who are deaf and hard of hearing.

“The staffing will require specific technical directing experience and the schedule does need some sort of flexibility because of the various hours that meetings are held,” said Communications Manager Lisa LaPlante.

According to the agenda packet, staff estimated it will take an additional 700-900 hours of time per year to bring this to fruition and current staff levels do not support it. Staff recommended making current part-time BCTV technician Holly Webb, who works approximately 80 hours a month, the new full-time digital technician.

The new salary and job classification would start at $39,900 per year plus benefits, making it a total cost of $66,554, which will cost $43,600 more this fiscal year. The money to cover the increase would come from reallocating money from professional services to salary and benefits.

“This is about, for me, creating equal access to information,” said Councilman James Adams, who campaigned for all meetings to recorded and close-captioned.

Councilman Warren Harhay asked where the videos would be archived and how easily they would be made available to the public.

City Clerk Lorene Krumm said staff would fulfill them as quickly as possible. Currently, council meetings are available on the city’s website by 8 a.m. the day after a meeting. Staff can also provide DVDs of the meetings.

“We try to provide several formats for people who request it,” she added.

Councilwoman Tracy Folda asked whether the job description for the position could be changed at a later time if it is approved now.

City Manager Al Noyola said minor changes could be me made, but any changes to pay scale or other major components would have to be approved by council.

■ Approved a $5,000 special event promotion grant to the Boulder City Chamber of Commerce for Christmas events in a 4-1 vote, with Folda voting against it.

■ Approved a land lease agreement with See Spot Run to continue operating the dog park at Veterans’ Memorial Park for another five years.

■ Approved an agreement between the city and Gard Jameson to purchase approximately 8,000 square feet of city land adjacent to 115 Casa Montana Court in order to incorporate property improvements that had been made.

■ Tabled action on an amendment to a land lease agreement for the radio-controlled car racetrack on Quail Run Drive to allow cars driven by people. Council wanted to hear more information from the lessee and potential sublessee about the specific racing and activities that would occur there.

■ Approved land lease agreements with GoGo LLC to access and operate its communication facilities on top of Red Mountain.