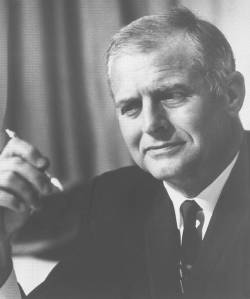 (Fisher Space Pen)
The late Paul Fisher, who founded Fisher Space Pen in the mid-1960s, will be inducted into the Space Technology Hall of Fame in August. The Boulder City-based company’s pens have been used aboard every manned space flight since the Apollo 7 mission in October 1968.