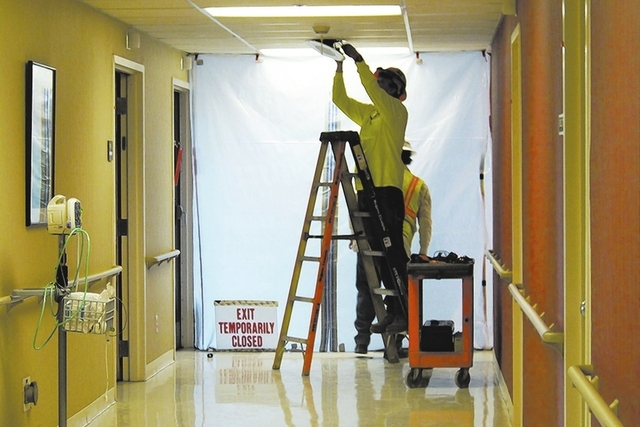 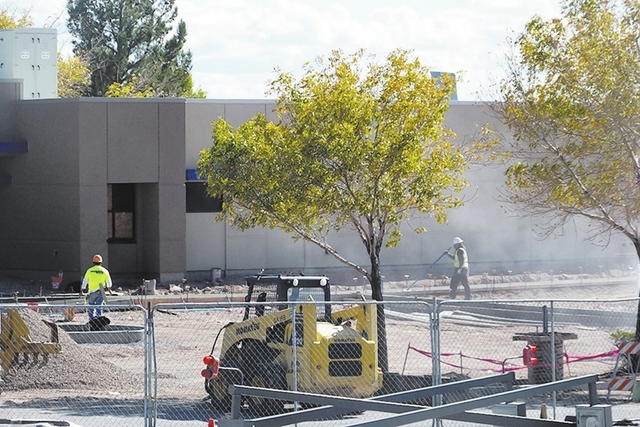 When this year comes to an end, Boulder City Hospital will be able to unveil its new geropsych unit and the acute in-patient rehabilitation unit, both of which have been included in the first phase of the hospital’s overall expansion program. The project broke ground in July of this year.

According to Tom Maher, hospital CEO, “We’re on a tight time frame,” for completion by Dec. 31. He said he was confident these two units would be completed as well as certified and licensed through the state’s Healthcare Quality and Compliance Division by that time.

When it came to the completion of construction for these two units, Maher said he believed it might take some “overtime on the weekends” between now and then, but no major issues exist to delay the projects.

Missing the Dec. 31 deadline means the hospital would not be eligible for Medicare reimbursement until Jan. 1, 2015.

Maher added that the state of Nevada’s division of Healthcare Quality and Compliance has been “very, very cooperative” and “open-minded” regarding “the uniqueness of this project” in working with the hospital to meet all compliance regulations.

The entire expansion project at the hospital is being funded by a U.S. Department of Agriculture rural development “direct loan of $13.87 million and a guaranteed loan of $2.44 million,” according to USDA information. Completion is scheduled for fall of 2014.

The 10-bed geriatric psychiatric care unit, or geropsych unit, will serve patients 55 and older. The acute in-patient rehabilitation unit will also be equipped with 10 beds; both services supporting the needs of Boulder City’s large senior population.

While geropsych and acute in-patient rehabilitation units are poised for completion, as of today, the partial hospitalization program has already moved to the hospital facility at 999 Adams Blvd. Its administration will move in the next few weeks.

PHP, the only program of its type in Nevada, now has “more usable square footage to accommodate more clients,” Maher said. “There are 18-20 chronically, mentally ill adults that are coming here on a daily basis; if they weren’t coming here, they’d get off their meds,” and probably end up at UMC or some other emergency room. Maher added that PHP provides “structure for patients” and there is “a really good retention rate” for patients who enter the course of treatment.

When the expansion project is complete, the hospital’s long-term care unit will increase to accommodate 47 residents as opposed to 39. The emergency room will double in size and add two additional bays to serve patients. There will be a new out-patient rehab gym, increased physical therapy facilities, as well as a new business office, admitting, lobby and front entrance to the hospital.

While not part of the USDA loan project, the hospital’s surgery unit “is on its way to being open,” Maher said. He anticipates out-patient surgery will be available toward the end of this year.

In order to fill the geropsych unit, Maher said he anticipated referrals would come from skilled nursing facilities, assisted living facilities and to a lesser degree, emergency rooms. The hospital will publicize the facility in Bullhead City and Kingman, Ariz.

Maher said he felt more specialists are being attracted to Boulder City because of the hospital’s recent improvements. He said doctors are attracted to a facility when they see the “economic viability” of the institution.

Toward that end, Dr. Christopher Milford, a nephrologist, has recently come to Boulder City Hospital and is seeing patients on a limited basis.

The CEO’s vision for Boulder City Hospital is to “create an age-in-place medical campus” for those in Boulder City as well as those from the southern part of Henderson.